Congratulations to the five alumni storytellers who were selected by a panel of distinguished judges to present their personal and real stories at Unity Weekend. Please join us on Sept. 24th for a lively evening of captivating stories that will bring tears and laughter, anger and inspiration.  Watch and cheer for our brave and brilliant storytellers – and enjoy music by sensational student performers, a talkback with our storytellers, and socializing.

THE WINNING STORYTELLERS AND STORIES 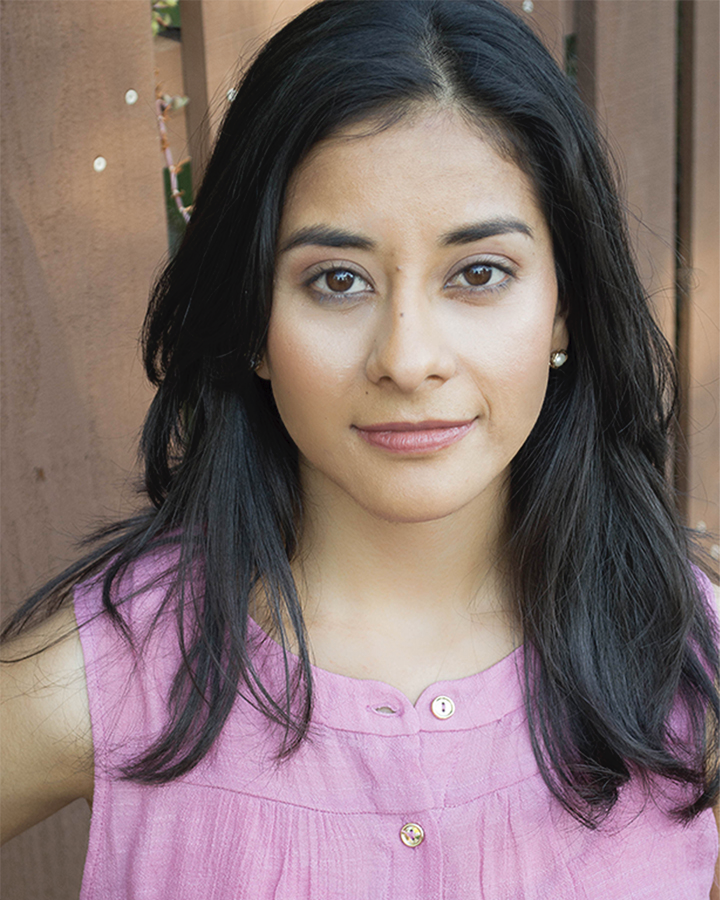 Rosa Evangelina Beltrán AB '08 • "Family Chisme" After 20 years, Rosa is finally ready to meet the ghosts whose names she carries. When she confronts her mother about her names, a family secret is revealed that changes everything.

Rosa is a Mexican-American vocalist, poet, performance artist, and educator raised in Ontario, California and based in Los Angeles. Her work traverses the realms of voice, text, and movement, often drawing from language and energetic traces left behind by her ancestors, including her past self. At Harvard, Rosa studied History and Literature, worked as a Dorm Crew captain and Writing Center tutor, and sang with Mariachi Veritas and the Radcliffe Choral Society. After college, she lived in Mozambique for a year with the support of the Michael C. Rockefeller Fellowship. As a formerly undocumented, first generation college graduate, she is a passionate advocate for trauma-informed care and pedagogy. Rosa is currently pursuing an MFA degree in Voice Arts and Creative Writing at the California Institute of the Arts. 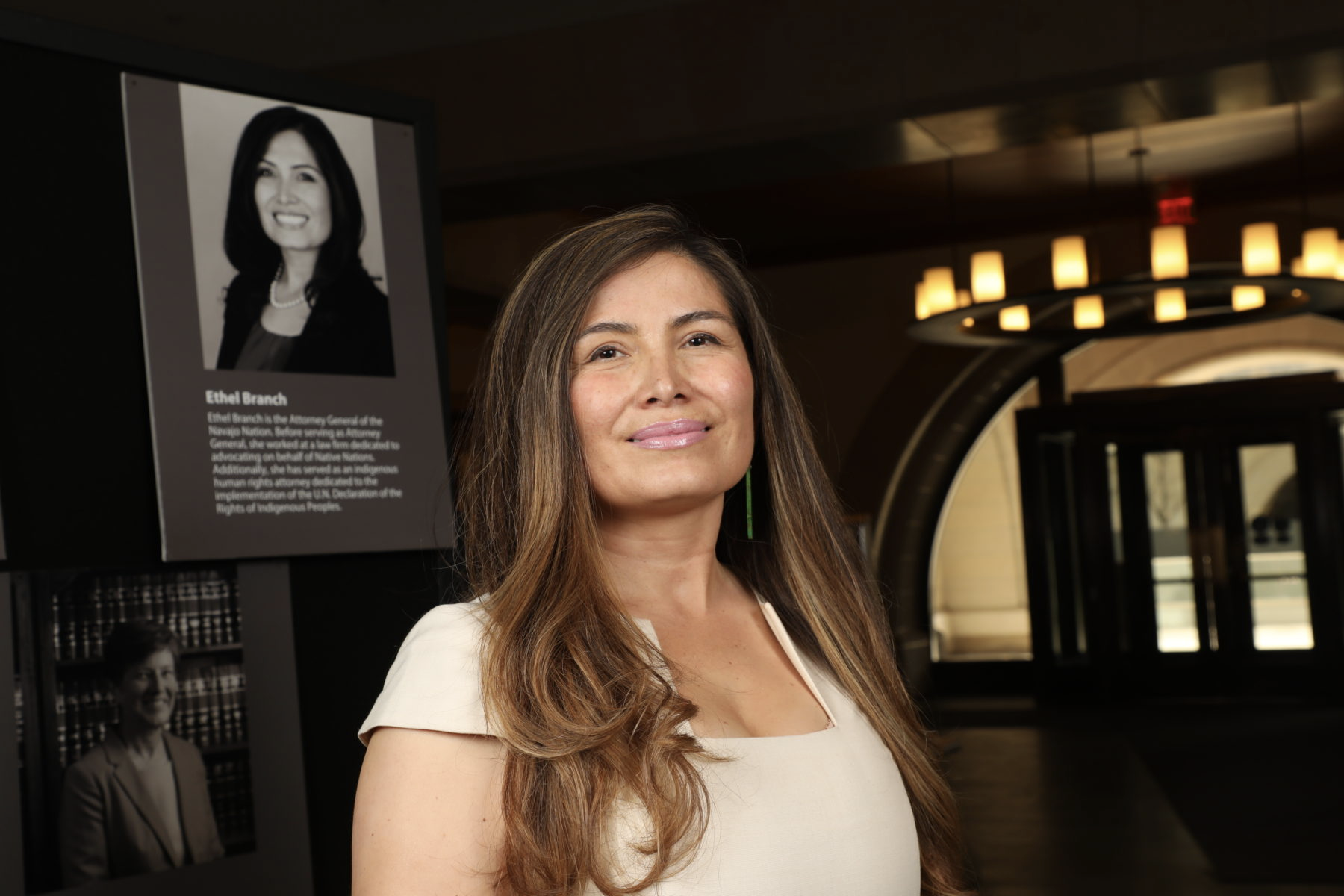 Ethel is the Founder and Interim Executive Director of Yee Ha’ólníi Doo (may the Navajo people have fortitude) dba Navajo & Hopi Families COVID-19 Relief Fund, which provided over $10 million in direct relief to almost 500,000 Navajo and Hopi tribal members during the pandemic.  In order to do COVID relief work, she is on leave as a Member of the law firm of Kanji & Katzen, PLLC.  Now in Flagstaff, AZ, Ethel was born and raised on the Navajo Nation and is an enrolled Navajo tribal member.  She previously served as the 11th Attorney General of the Navajo Nation and is an Elected Director of the Harvard Alumni Association. 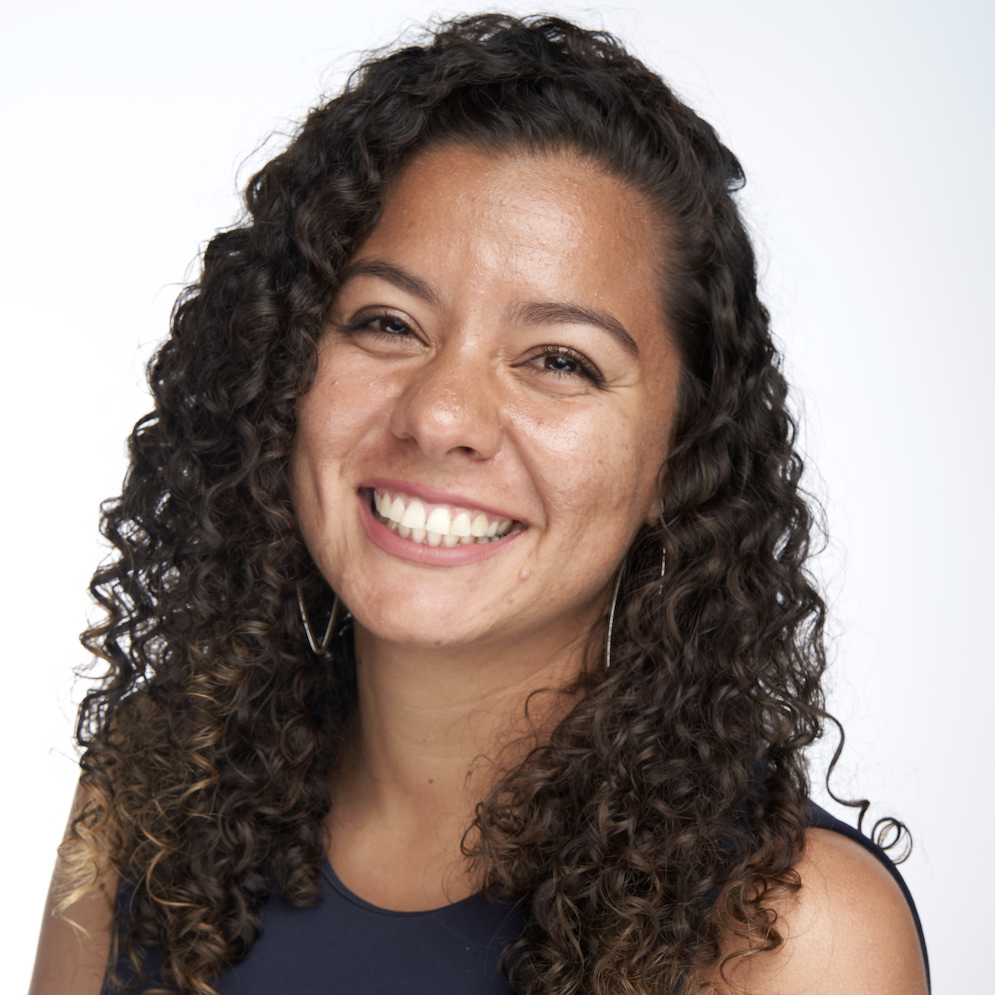 Sade Elhawary EdM '11 • "Eat Pray Love Ain't Just for White Girls"  Sade can't find work/life balance in her social justice career—until she applies lessons learned in her adventures around the world, couchsurfing from the UAE to Malaysia, Morocco to Croatia.

Sade's commitment to transforming underserved communities and fighting for social justice inspired her to become a college counselor at her alma mater, an organizer in South Central, and an educator in Brooklyn. Her passion for empowering youth influenced her to femtor/mentor countless young folks, even stepping in as a foster mother in a time of crisis. Standing on the shoulders of generations of influential activists before her, Sade is invested in the power of leadership pipelines. At the Community Coalition, she has been charged with establishing the Center for Community Organizing to train and support activists across the nation. Born and raised in Los Angeles, Sade is a first generation, multilingual American of African and Latina descent, from Muslim and Christian families; a Black Bruin and Harvard alum; and a free spirit who loves to travel – 38 countries and counting! 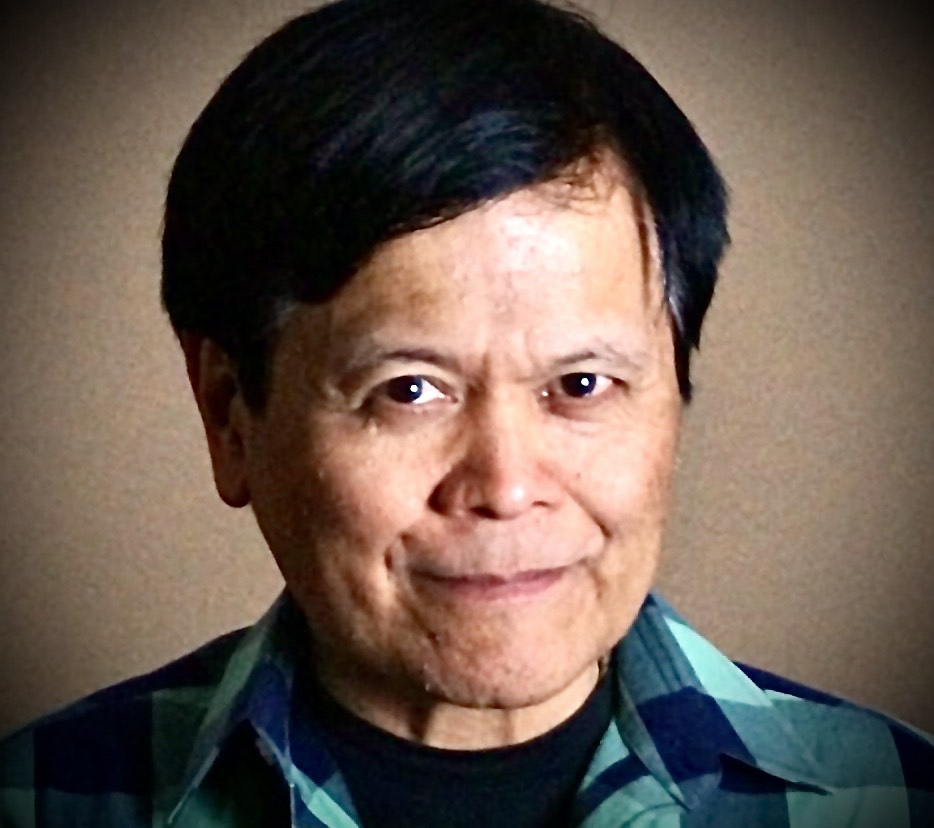 Emil Guillermo AB '77 • "Mindfully Harvard" When the Radcliffe crush who crushed you doesn't even remember you.

Emil is an award-winning journalist, writer, humorist, podcaster, and mindfulness teacher. He's been writing a weekly column on race, politics and Asian America since 1995 – now on the Asian American Legal Defense Fund website. He was the first Filipino American to host a national news show when with NPR’s “All Things Considered.”  He does a daily micro-talk show on AAPI called "Emil Amok's Takeout" on Facebook and www.amok.com. This month, his essay on "South Pacific" was included in the Ishmael Reed anthology, "Bigotry on Broadway." From Central Valley, CA, he hosts the PETA podcast and is a longtime vegan. 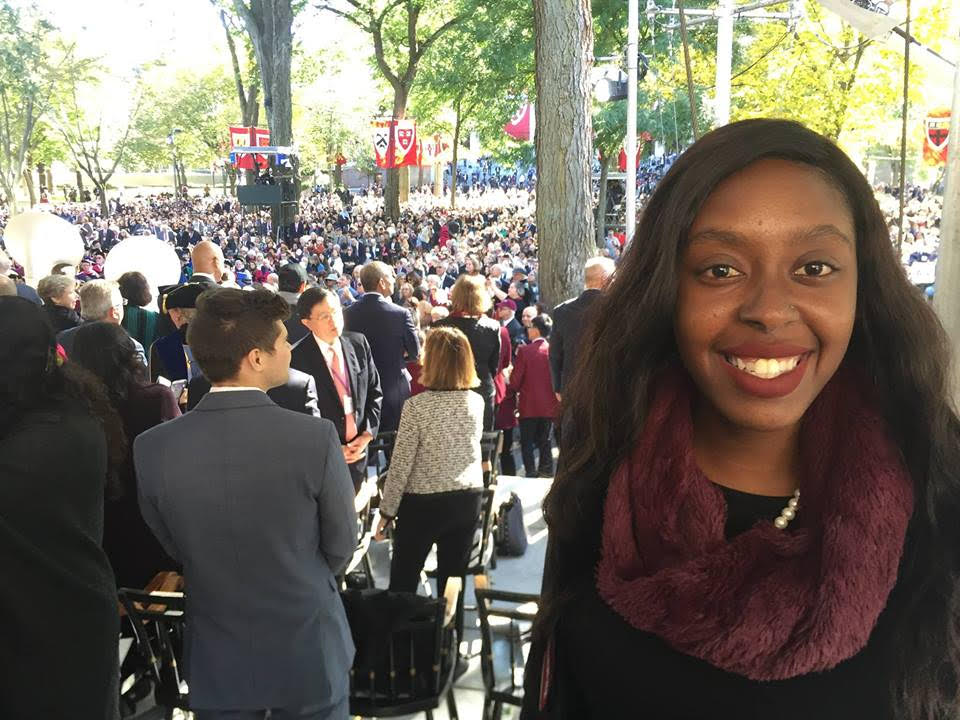 Jailyn Parnell EdM '19 • "Neutral" For much of Jailyn's life, her blackness was a neutral characteristic; not bad, not good, just there. Hear her journey of coming into her blackness.

Jailyn grew up in California. She headed to Texas for undergrad where she studied Political Science at Baylor University. In 2016, she joined Teach for America and taught in San Jose, CA for two years. After TFA, she attended the Harvard Graduate School of Education and received her Masters in Education in 2019. She currently lives in Cambridge with her partner David and their 16-year-old yorkie, Franklin. 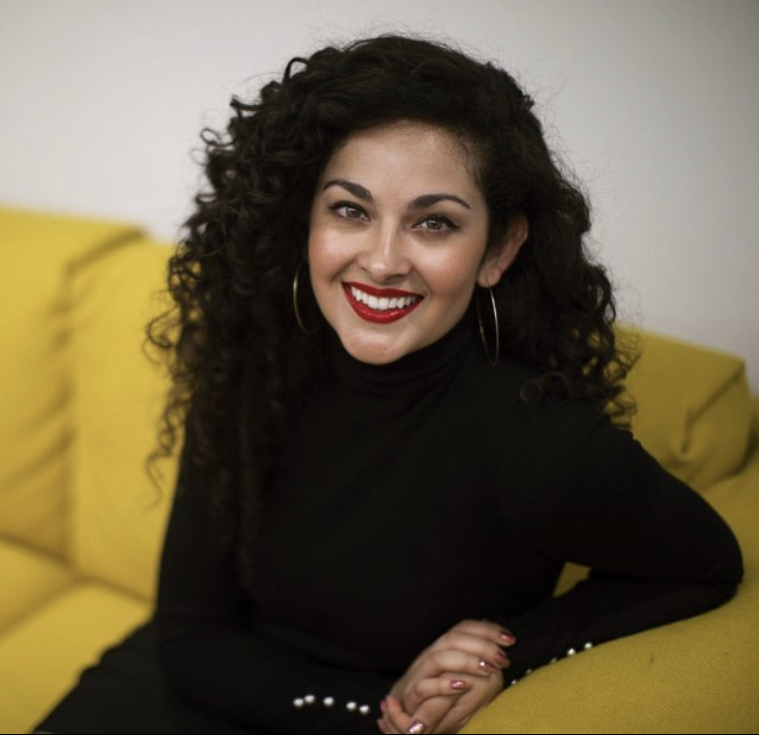 Eliana Murillo AB '10 is the founder and CEO of Eliment and Company, a design firm and venture studio. Her mission is to amplify and invest in diverse small businesses, startups and content creators. She also consults business and tech leaders on how to design culturally-relevant products, marketing campaigns and employee resource group strategies. Eliana spent 10 years at Google, where she founded the multicultural marketing team and co-founded HOLA, the Latino employee resource group She also co-founded the Latinos in Tech Giving Circle and her family's award-winning, organic Alquimia Tequila. She founded and leads Latinas Who Brunch, a national community of badass Latinas. Eliana was included in the Forbes 30 Under 30 List, the top 10 Latina Corporate Executives List by Latina Style Magazine and the Top 50 Most Powerful Latinas List by ALPFA. 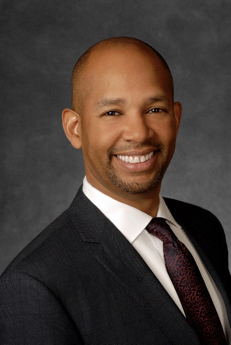 Mickey Carter AB '89 is Executive Vice President of U.S. Networks Distribution at ViacomCBS representing the company’s portfolio of networks and streaming products on all platforms (including CBS, Showtime, Comedy Central, BET, Nickelodeon, Paramount+). Previously, he worked as an attorney and business executive in the music and sports industries and an attorney and player-agent for several athletes, including Tony Gwynn and Reggie White. Carter’s media career began as a talent representative for recording artists, songwriters, and producers on several major labels and led him to join the business affairs team at Zomba Recording Corp where he negotiated artist deals and production agreements for their Jive Records label imprint (Britney Spears, Backstreet Boys, Justin Timberlake and N Sync, Chris Brown) as well as their Verity Records gospel music label (Kirk Franklin, Fred Hammond, Yolanda Adams). 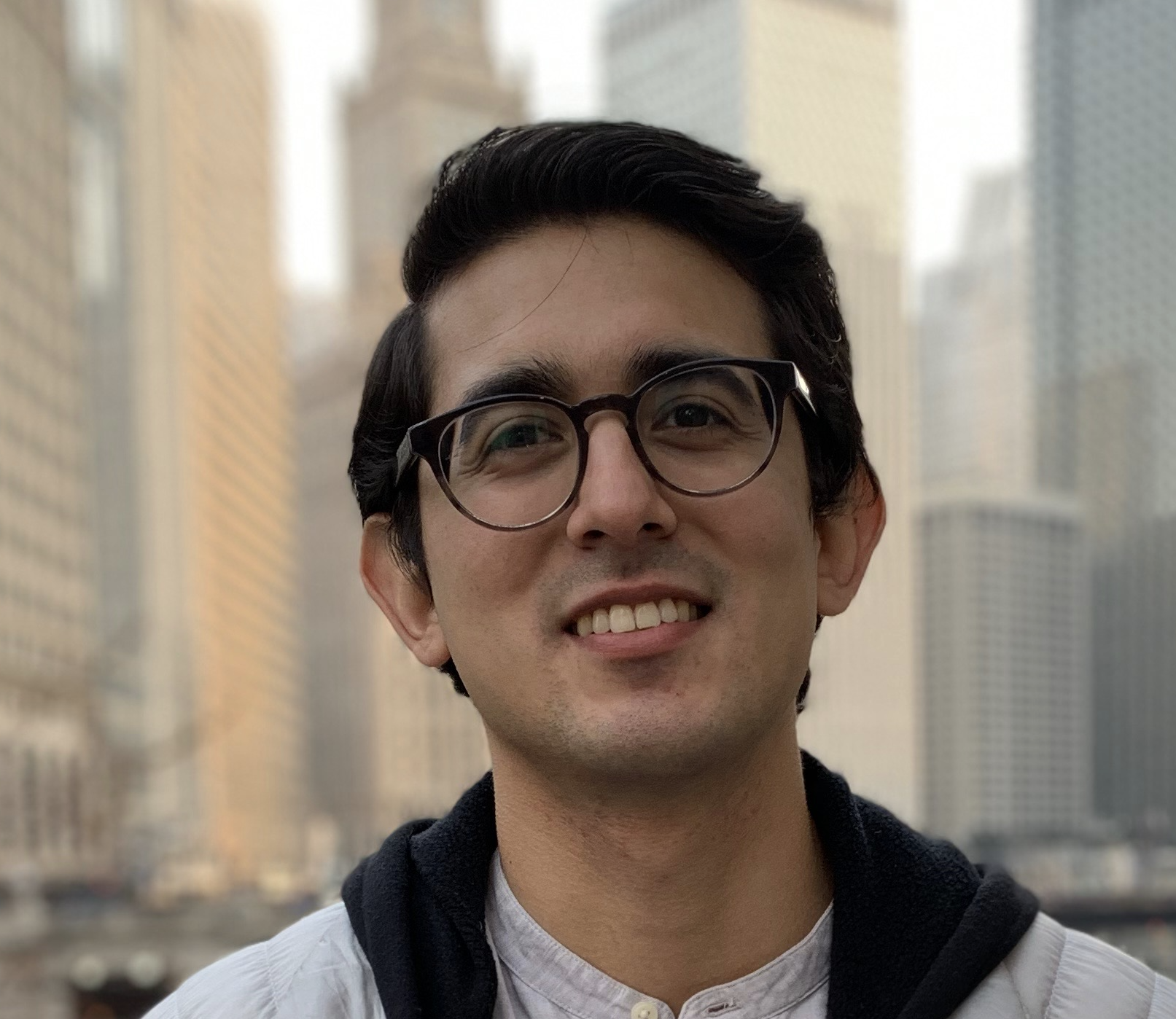 Christian Carvajal AB '15 is an emerging documentary filmmaker based in Brooklyn, New York. As a bilingual Colombian American producer, his interests lie within the Latinx community, human rights, and memory. He received his Bachelor's degree in Organismic & Evolutionary Biology from Harvard College in 2015 but decided to pursue nonfiction video production after graduation. 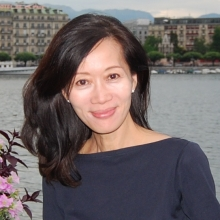 Mable Chan AM '93, is the Founder/President of One in a Billion Productions Inc., a non-profit educational media company. She is also the Host and Executive Producer of One in a Billion Podcast - a show about Asian culture and society, one person at a time. A Peabody award-winning broadcast journalist, Mable is a former ABC News producer turned entrepreneur with a passion for storytelling, mentoring, and impact investing. She has previously served as a TV/online video judge for AAJA (Asian American Journalists Association) National Journalism Awards. Currently, she serves on the governing board of AAJA New England, and as a first-generation mentor for Harvard College. 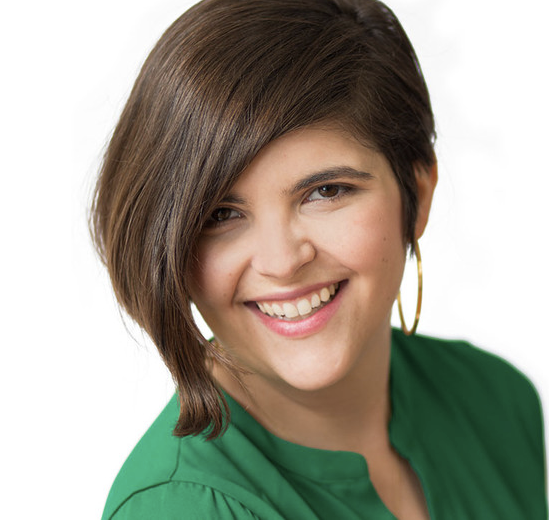 Julie Ann Crommett AB '08 has been working in the Diversity, Equity and Inclusion (DEI) space for over a decade leading disruptive, systemic change across media and tech. As Founder and CEO of Collective Moxie, Julie Ann works with organizations large and small on revolutionizing their DEI and business strategies through globally inclusive storytelling practices, accountability and internal/external community partnership. Previously, she was an executive with Disney, Google and NBCUniversal working on such projects as SOUL, BLACK PANTHER, ALADDIN, RAYA AND THE LAST DRAGON & COCO, and she serves on several for-profit boards as well as the boards of the Hispanic Federation, Women in Animation, NALIP and the NAS Science and Entertainment Exchange. 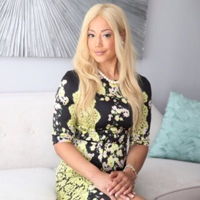 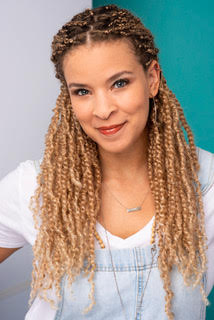 Braxton Brooks AB ‘03 is a Los Angeles-based writer and Pop Tart fiend. She grew up in Washington, D.C. as the only child of a police officer and Social Security lawyer. So of course she decided to become a professional dancer. While performing gave Braxton a lifetime of stories to write about, she retired from Broadway to find a career that was gentler on her hamstrings. Braxton currently writes and performs for comedy powerhouse The Second City and has penned YouTube content for Barbie, Peacock Kids and Rainbow High.  Her mom reminds her weekly that it’s never too late to go to law school.

Darshak Sanghavi AB '92, MD, is Global Chief Medical Officer for Babylon Health, the global end-to-end digital health care provider serving over a dozen countries and millions of people, with the mission of bringing "affordable and accessible health care to everyone on Earth." Formerly he was Chief Medical Officer of UnitedHealthcare's Medicare & Retirement, Chief Medical Officer at OptumLabs, and a member of the Obama administration as the Director of Preventive and Population Health at the Center for Medicare and Medicaid Innovation. An award-winning medical educator, he appears on NBC's Today and has been published in Parents magazine, Slate, the New York Times, Boston Globe, and Washington Post. His best-seller, A Map of the Child: A Pediatrician's Tour of the Body, was named a best health book of the year by the Wall Street Journal. He previously worked as a U.S. Indian Health Service pediatrician on a Navajo reservation. 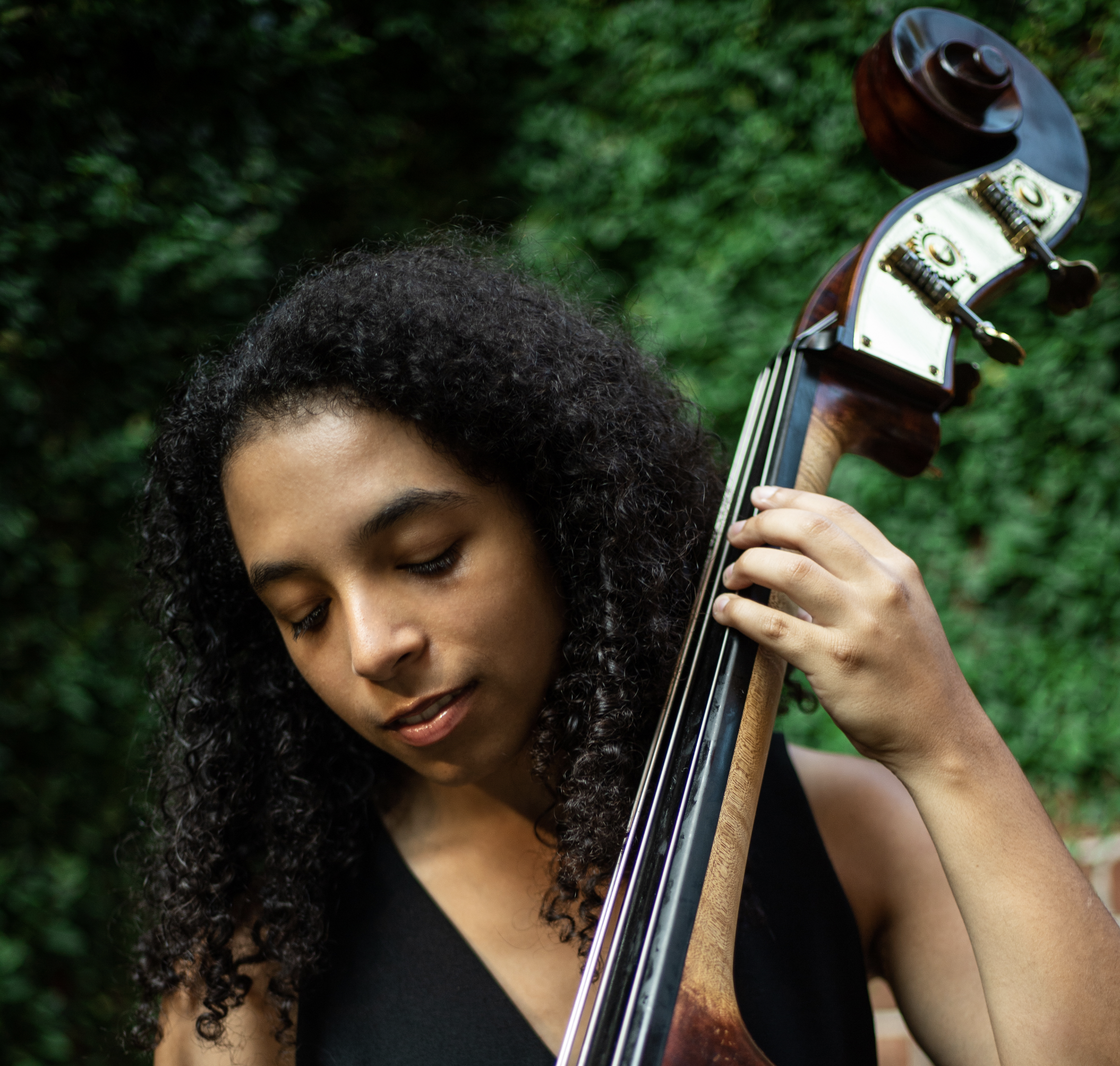 Devon Gates, College ’23 (Unity Story Slam Musical Director; soloist, “Lovely Day” by Bill Withers) is a bassist and vocalist from Atlanta, where she recorded the album Playing the Music of Roy Hargrove in 2019. That fall she began college at Harvard, studying music and social anthropology while pursuing a dual degree with Berklee College of Music in jazz performance, where she studies with the Institute for Jazz and Gender Justice, and Global Jazz Institute. She has studied with Linda Oh, Kris Davis, Terri Lyne Carrington, Esperanza Spalding, Danilo Perez, and Vijay Iyer in addition to performing with artists Dee Dee Bridgewater, Tia Fuller, and Immanuel Wilkins. She also performs and arranges for the Harvard Opportunes acapella ensemble, recently composed an original work for the Harvard Choruses, and will be featured in Berklee Press’s “New Standards” book of compositions by 101 female jazz composers. 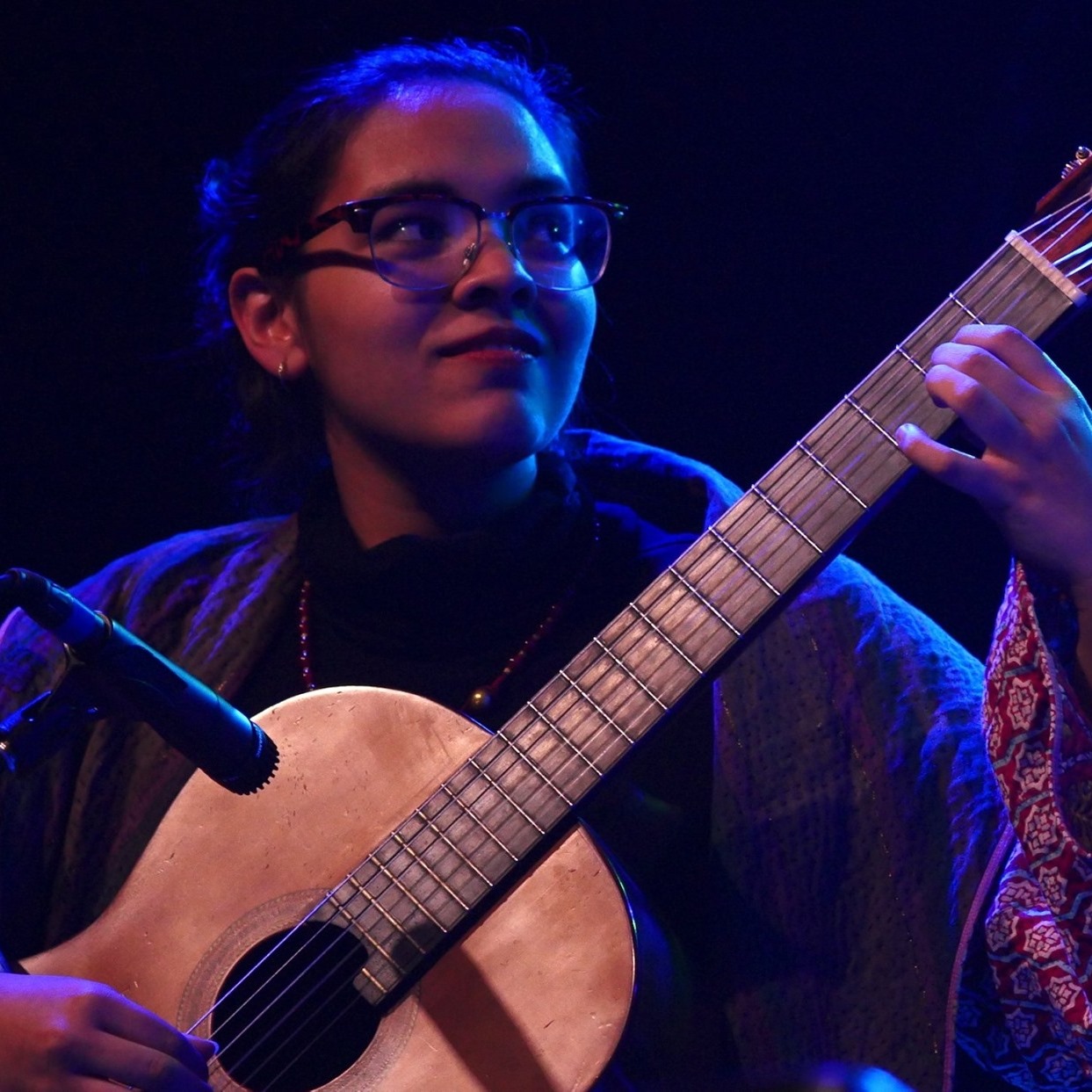 Ria Modak College '22 (soloist, “Nelly” by Antonio Lauro)  is a classical and flamenco guitarist and composer-improviser based in New York and Boston. A senior in the Harvard College/New England Conservatory dual degree program, she studies Social Studies and Classical Guitar Performance with Eliot Fisk and Jerome Mouffe. She has also benefitted from the mentorship of Vijay Iyer, Claire Chase, Yosvany Terry, and Grisha Goryachev. Ria has been recognized by the National YoungArts Foundation, the New York Guitar Seminar, and Lincoln Center’s Chamber Music Society and also appeared on NPR's From the Top. As a musician and scholar, she is energized by the brilliant imaginations of BIPOC and queer artists, and is a member of the third cohort of Mutual Mentorship for Musicians, a platform to empower women and non-binary musicians through a radical model of mentorship and musical collaborative community. 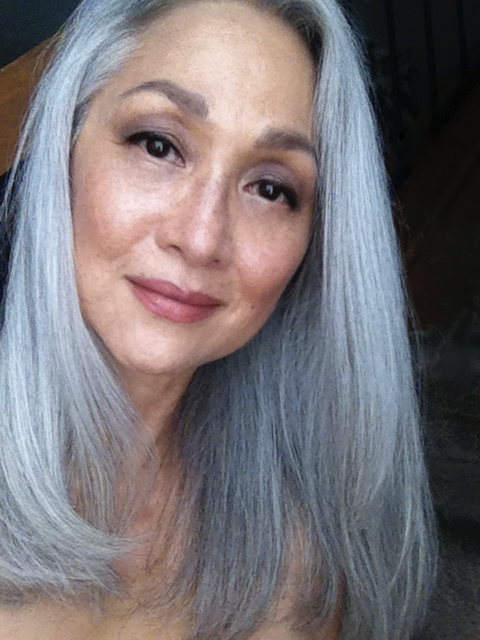 Sheila IvyTraister is an award-winning actress and critically acclaimed director with a career that spans 39 years as an actor, director, writer and educator.  She has a global coaching practice which is fueled by her passion for communication through truth in storytelling. Her years as a performer and director on stage and screen give her an added edge in helping anyone, even the most shy and reticent, on how to find their authentic voice.  She is nuanced in her understanding of the written word and is able to help her clients to find and nurture their own creative voice and style. Sheila has worked as a Story Slam Coach with the Asian American Journalist Association (~4 years), ROAR: Korean American Association (4 events), Toastmasters (World Champion), Harvard Asian American Alumni Alliance and Unity Story Slam.